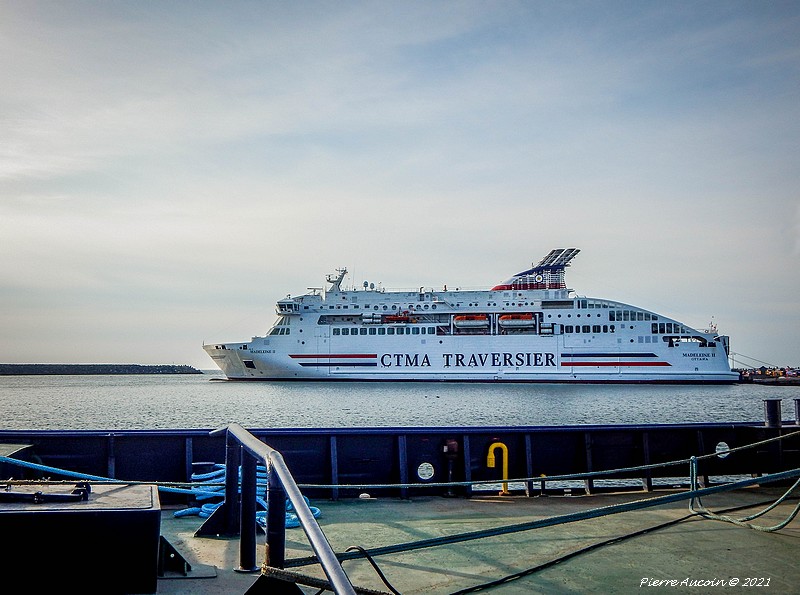 A first recommendation related to the fatal work accident on the Madeleine II in January 2022 was issued in October by the Transportation Safety Board of Canada (TSB) in the form of a safety advisory concerning mooring operations in Canadian waters.

The TSB reports that between January 2017 and March 2022, 13 such occurrences were reported on Canadian and foreign flagged vessels, resulting in serious injuries to 12 people and the death of two mariners.

The advisory notes that until recently, navigation standards recommended the marking of whiplash zones on deck, delineating areas to be avoided when mooring cables are under tension.

However, the most recent studies show that the precise calculation of the danger zone is more complex due to the types of materials and configuration of berths, and thus the marking may give a false sense of security to officers.

Without the authority to compel, the TSB urges vessel operators to instead consider the entire berth as a whipping zone and to post clear and visible signage to warn the crew.

On January 9, 2022, a crew member of the Madeleine II was fatally injured when a mooring bitt broke free under tension during docking operations at Cap-aux-Meules.

The TSB investigation is still underway, according to the notice signed by the Director of Marine Investigations, Clifford Harvey.