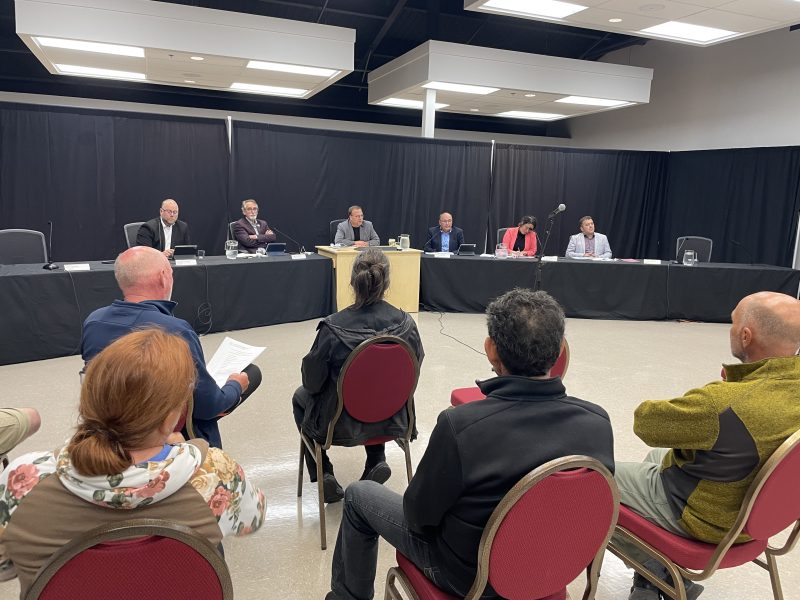 The eco-district project is making progress with municipal authorities as the Maritime Community Council appointed a steering committee for the development of the Signature Innovation project, which is part of Component 3 of the Fonds régions et ruralité.

The director of community development, Josianne Pelosse, the director of the eco-district project, Sylvie Grenon, the energy advisor, Jean-Michel Leblanc and the director general of the Chamber of Commerce, Antonin Valiquette, will sit at the table.

They will be joined by the Director of Engineering, ICT and Buildings, Jean Hubert, and the Regional Operations Advisor for the Ministry of Municipal Affairs and Housing, Marie-Michèle Déraspe.

In addition, the municipal elected officials gave their support to the citizen’s committee calling for investments in the Islands bicycle network in its approach to Hydro-Quebec representatives to analyze the possibility of connecting a bicycle path to the L778 transmission line.

Questioned by citizens during the council meeting, Mr. Richard stated that the municipality could do more but reminded them that there are many priorities.

Should he be elected on the evening of October 3, the municipality has 120 days to hold a vote.