The non-profit organization Ré-Utîles celebrates this year 40 years of activities.

The history of Ré-Utîles began in 1982, well before waste sorting-compost-recycling was introduced on the archipelago, when open-air dumps were the norm.

At that time, a group of ecologists militated for a healthy management of residual materials and decided to organize a system of revalorization of certain items, such as cardboard and wood, and then a first form of Ressourcerie, says co-director Mylaine St-Onge.

The organization has grown over time and improved its services, notably by relocating to Cap-aux-Meules in 2015 and opening the Matériauthèque in collaboration with the CERMIM two years later.

Ms. St-Onge emphasizes that beyond the basic mission of Ré-Utîles, which is to reduce waste on the territory, the work includes a large component of education and awareness on a daily basis. 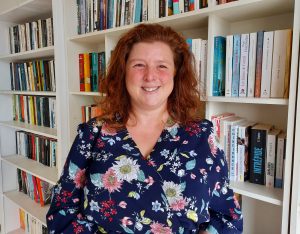 In concrete terms, the efforts of the team and volunteers are paying off: in 2021, of the 65 tons of items received, 39.7 tons were resold.

This year alone, 10 tons of items have already been sold.

On the Matériauthèque’s side, Ms. St-Onge realizes that the vagaries of a lack of manpower are truncating the figures.

Nevertheless, she says that in 2020, 41.6 tons of materials were diverted from the CGMR and estimates that if the place were open more often, the quantity of items resold could be almost doubled.

A second sorting occurs, and then the items are categorized according to their corresponding section in the other part of the warehouse, or placed on hangers if they are clothing

The results and the model of Ré-Utîles echo the reputation of pioneers that the Islands hold in terms of waste management, she adds.

What does she wish for the future of Ré-Utîles? To continue to respond to the needs of the community and that citizen involvement grows in order to make it a place for and by the Madelinots.

Moreover, a festive gathering for the 40th anniversary of the organization will take place on June 5th on the site of the Matériauthèque, announces Mylaine St-Onge.