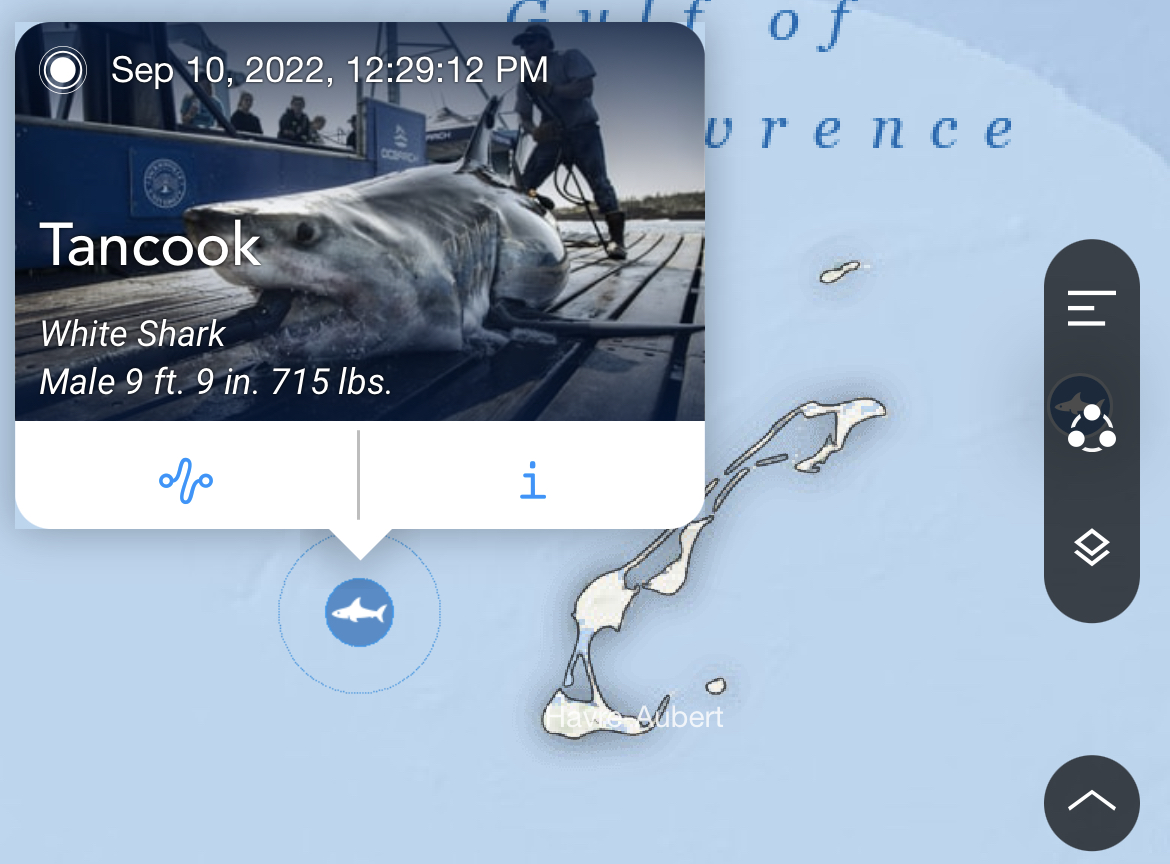 For the second time this summer, a great white shark was located off Cap-aux-Meules Island on Saturday.

The American organization Ocearch, which tracks the movements of several species via satellite tracking using a system of chips, revealed that the young shark named Tancook has been roaming the coastal waters since the middle of last week.

Measuring 10 feet (3 m) and weighing nearly 715 pounds (324 kg), Tancook has, since its first identification in Nova Scotia in 2021, traveled along the Atlantic coast to Florida before heading up the Gulf of St. Lawrence.

According to its record on the Ocearch website, the shark was given its name, which means « facing the sea » in the Mi’kmaq language, after being located south of Tancook Island, Nova Scotia.