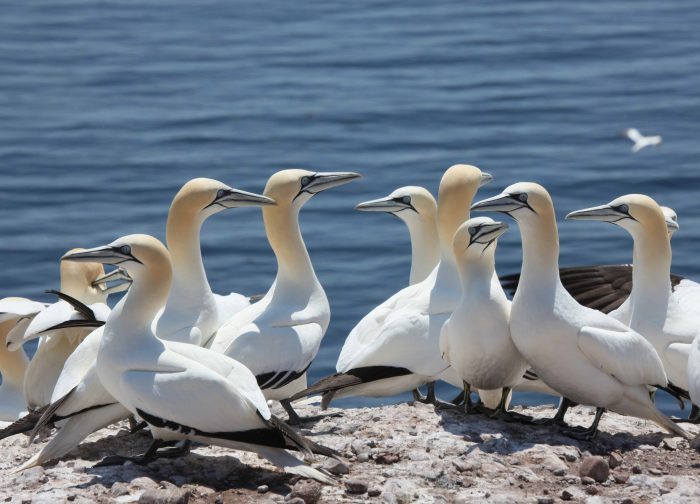 The Ministère des Forêts, de la Faune et des Parcs has received numerous reports from Magdalen Islanders concerned about the discovery of dozens of gannet carcasses on the archipelago’s beaches.

According to biologist Ariane Massé, from the department’s biosecurity and wildlife health division, it is however too early to attribute a precise cause to this phenomenon, since a thorough examination of the birds is necessary first.

While avian flu is one of the potential causes, she says it could also be a problem with their diet.

A similar event earlier this spring on the Newfoundland coast appears to have been caused by weather- or environment-related starvation rather than infection, according to Memorial University researchers.

Regardless of the cause of death of gannets, Massé stresses that vigilance and precautions are necessary to avoid the risk of injury or infection.

Pet owners are also encouraged to keep their pets on a leash to avoid contact with wild animals.

Citizens can report the presence of wildlife carcasses to the Department of Forests, Wildlife and Parks by calling 1-877-346-6763.