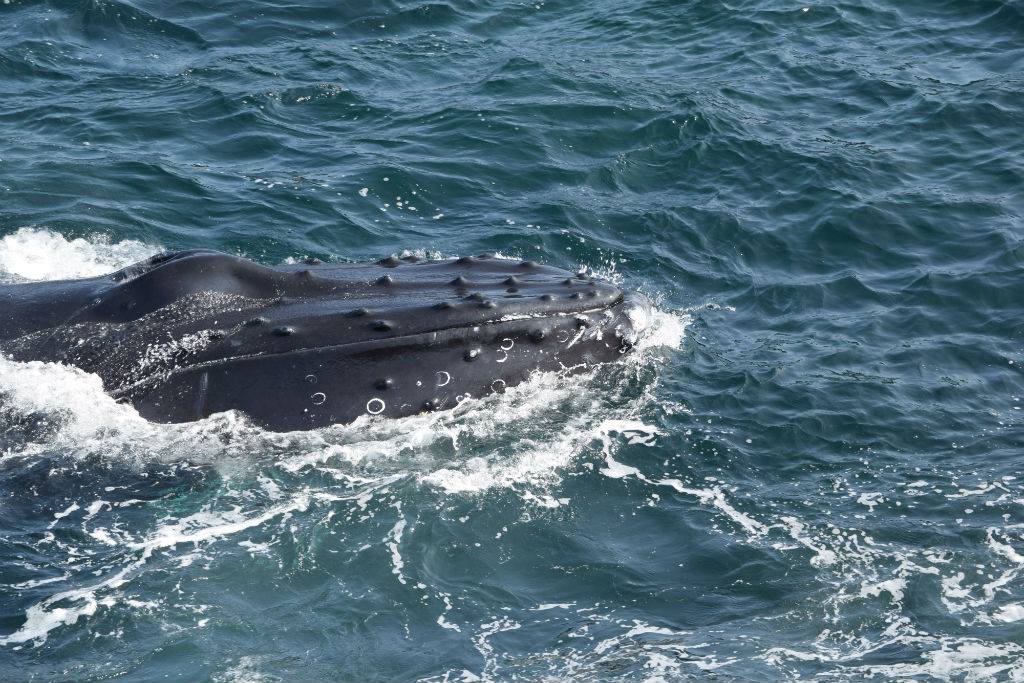 The detection of the first North Atlantic right whale in Gulf waters will trigger a temporary closure in Fishing Area 12 as of May 8.

The single specimen was sighted Wednesday morning north of the Islands, triggering a 15-day fishing ban in a 2,000 km2 area around the whale’s location. 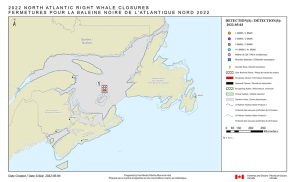 If the mammal is sighted again between days 9 and 15, the quadrangles will be closed for the rest of the season.

Fishermen have a 96-hour window to move their gear instead of the usual 72 hours since a high wind warning is in effect, according to the Fisheries and Oceans Canada advisory.

This first temporary closure in 2022 comes just one month after the start of the crab fishery in Areas 12 and 12F, which are frequented by Magdalen Islands crabbers.

It should be noted that the closed area is outside the 20-fathom line and therefore lobster fishers are not currently affected by the protocol.