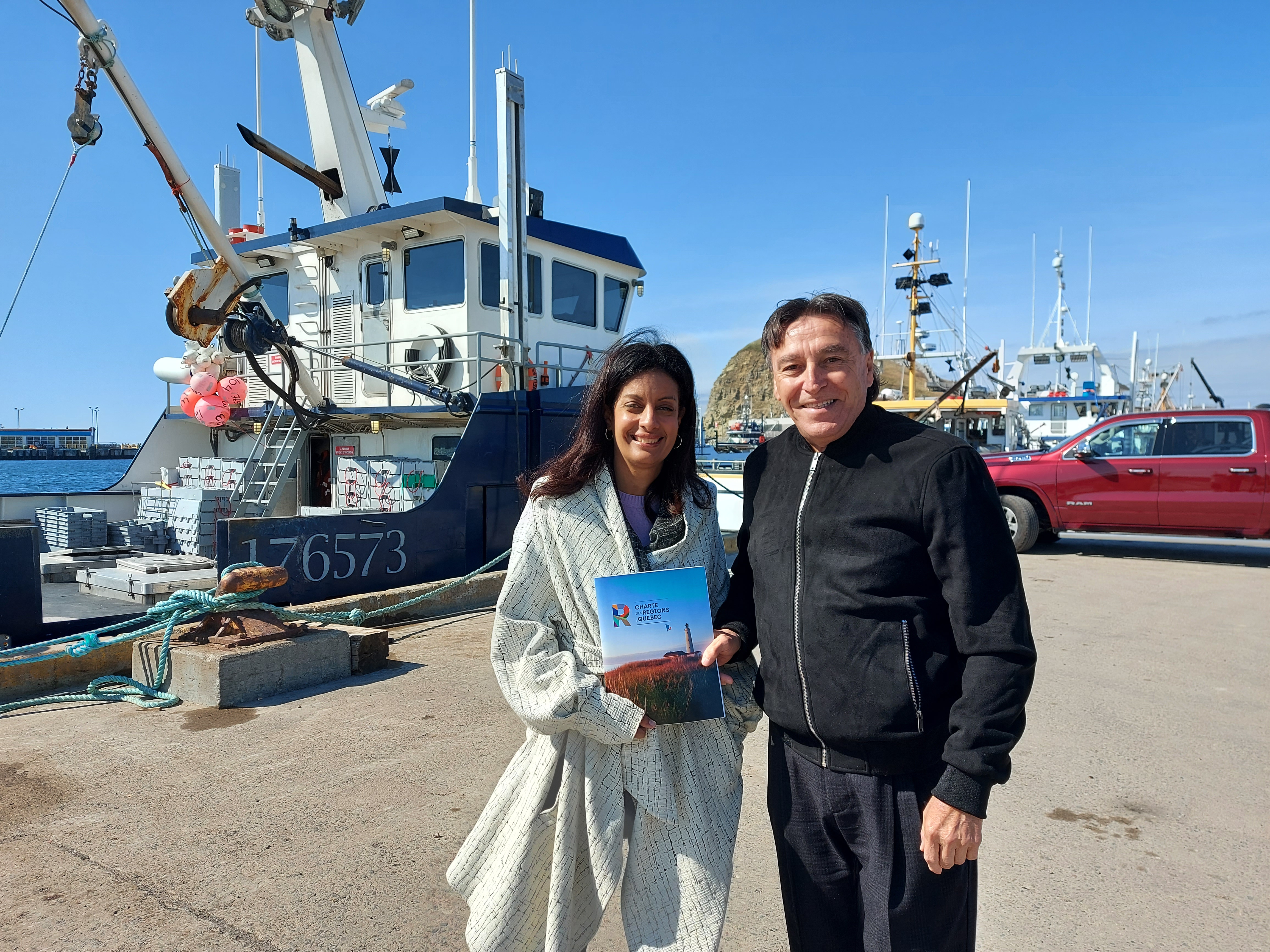 The leader of the Quebec Liberal Party, Dominique Anglade, made a short stop on the archipelago last Friday and Saturday, leaving behind her a trail of electoral perfume.

In a press scrum at the Cap-aux-Meules wharf, the leader of the Official Opposition in the National Assembly announced that if the QLP were elected next October, Quebecers would have free access to sea crossings throughout the territory.

The measure includes the Souris/Magdalen Islands service and, at the local level, the cost of tickets would be reimbursed in a formula similar to the Airfare Reduction Program, she said.

Free access to ferries is on the menu of the QLP’s Charter of the Regions, a program that brings together some 30 proposals focused on regional development and the decentralization of powers.

Among other things, Ms. Anglade intends to promote the regionalization of immigration in order to counter labour problems, indicating that the elected officials of each territory would be responsible for determining the needs and capacity to receive immigrants.

In addition, the leader of the QLP took advantage of her visit to meet with stakeholders in the fisheries sector as well as with residents.

When asked about the electoral context, Dominique Anglade said she was confident that the archipelago would be red again and added that a local candidate should be announced in a few weeks.