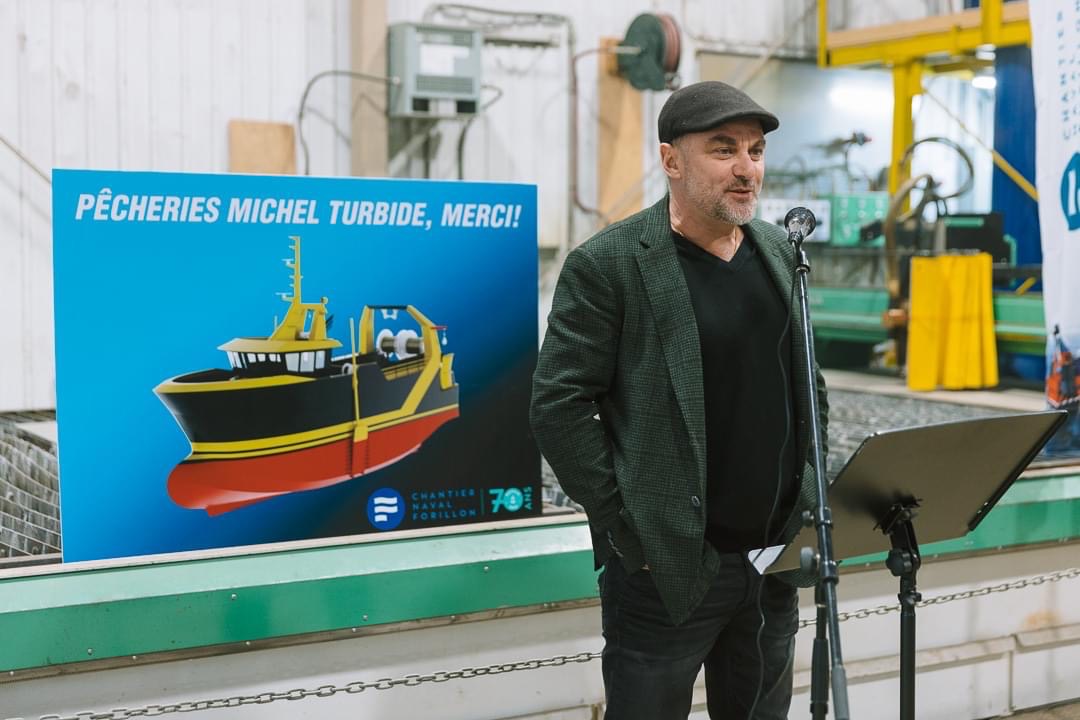 The new 90-foot-long, 28-foot-wide (27m by 8.5m) vessel is designed for snow crab and redfish fishing, as well as other trawl fisheries.

The future owner recognizes that this decision may come as a surprise considering the ban still in effect for this species, but believes that it is a product of the future full of assets, hence the need to position itself for a possible reopening.

Turbide said the redfish recovery could diversify the fisheries, which are primarily concentrated around lobster and crab, which account for 96% of the landed value.

The good performance of the biomass as well as the discussions on the political scene gives him good hope that the activity will be revived in a time frame that will allow him to make his investment, estimated at between 7 and 8 million dollars, profitable.

For his part, Jean-David Samuel, president and CEO of Chantier Naval Forillon, designing a custom vessel is challenging.

Captain Marco Turbide plans to launch his new acquisition in time for the 2024 snow crab season and expresses the hope that the redfish recovery will be synchronized with his schedule.