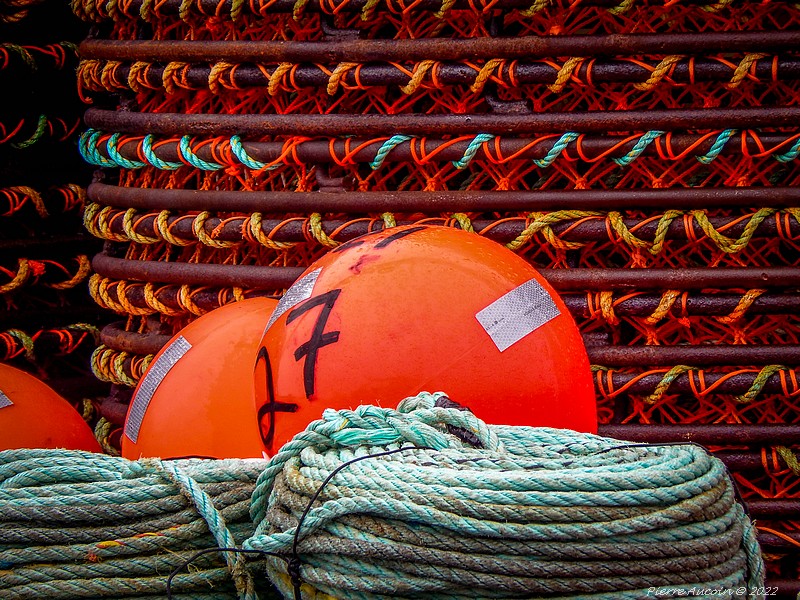 In 2023, the federal government will require crab and lobster fishermen in Quebec and the Atlantic to use fishing gear that is safe for large marine mammals so that they can free themselves during entanglement.

Low-strength gear, i.e. gear that must break with a tension of 1700 pounds, is still in the development stage, and now an association of Island fishermen has joined in.

The coordinator of the initiative, Gil Thériault, explains that the tests will focus on three prototypes of lower-strength ropes, including ropes with sheaths that break more easily or polymer plastic rings.

He says that the engineering firm Corbo Consulting Engineering is in charge of writing the experimental protocol that nine Magdalen Islands lobster fishers from various sectors of the Islands will apply during the 2022 season.

A long list of factors related to the fishing conditions of the archipelago is to be taken into consideration during the test phase, he explains.

Mr. Thériault stresses that the goal is to determine upstream which gear is best suited to the Islands’ fishing activities in order to avoid an unpleasant surprise when the regulations come into effect.

The first tests of this kind carried out in Gaspésie, which inspired the project, were not very conclusive, he says.

He points out that Ottawa’s requirement poses the risk of adding a large amount of ghost gear to those already lying around on the seabed if the ropes break too easily, and thus potentially causing more entanglements.

The measure also responds to U.S. standards that require Canadian fisheries to prove by next year that their commercial activities do not harm species, or the neighbouring country could block exports of marine products.

The initiative, at a cost of approximately $150 000, is entirely financed by the Whale Safe Gear Fund.