Gil Thériault, coordinator of the initiative for the Inshore Fishermen Association, explains that nine lobster fishermen from different Magdalen Islands ports tested gear with low resistance, i.e. it breaks under a tension of more than 1700 pounds.

Each fisherman tested at least two of the three proposed prototypes during a major part of the season, he says, noting that the sleeves and the short leaded weak-link ropes were the most popular.

Experiments with the other prototype, low-strength rope that fits under buoys, were inconclusive, according to Gil Theriault. 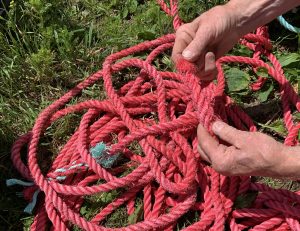 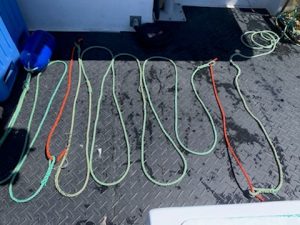 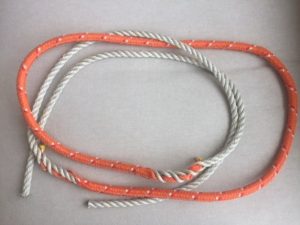 He adds that the Inshore received two other U.S.-approved designs, polymer plastic rings and ropes with plastic loops, but that there was not enough time to test them properly.

He feels that the testing phase went well overall.

The results are being compiled by the firm Corbo Génie Conseil and will be the subject of a preliminary report by the fall, says Gil Thériault, so that it can be produced before the scheduled follow-up meeting.

It should be noted that Ottawa intends to require lobster and crab fishers in Quebec and the Atlantic to use fishing gear that is safe for large marine mammals by 2023.