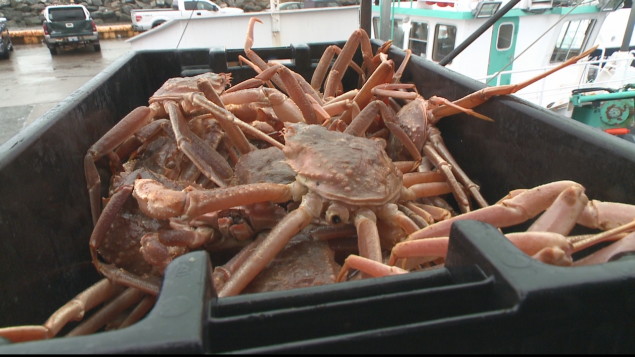 Far from the dream season it had hoped for, the snow crab industry faced many obstacles in 2022.

A declining U.S. market, inflation, sector closures due to the presence of North Atlantic right whales: Paul Boudreau, spokesperson for the Islands’ traditional crabbers, describes the fishery as « difficult » this year.

It is especially in the plants that the mood is gloomy, he says.

He says the drop in demand for Canadian crab has caused the price offered to fishers to drop from nearly $8.50/lb to $6/lb.

The implementation of the right whale protection protocol also dampened the optimism of crews.

While Magdalen Islands crabbers did not have to relocate following block closures, they did have to deal with the displacement of other Area 12 fishermen in their areas of activity, adds Paul Boudreau.

Nevertheless, the crabbers did not leave empty-handed.

According to preliminary data from DFO, Island fishers caught 98% of their quotas, which had been increased for 2021.

In Area 12F, the quotas were also mostly reached, according to Marcel Cormier, captain of Cap-Adèle, who said he was satisfied with the season overall.

When asked about his predictions for 2023, Paul Boudreau believes that the market will remain soft, but that the resource will be abundant.

He intends to join other industry players in demanding that Fisheries and Oceans Canada set a fixed season opening date of April 1 for Area 12, rather than waiting until ice conditions are uniform throughout the Gulf.

Fishermen were allowed to go to sea on April 13, whereas last year they left the docks 10 days earlier.