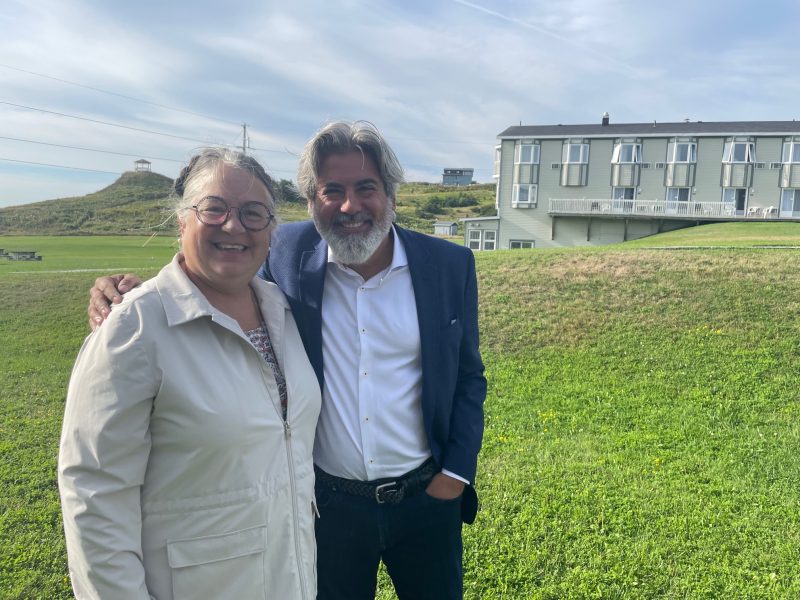 In preparation for the next parliamentary session in Ottawa, Pablo Rodriguez, Quebec’s lieutenant in the federal government, is visiting the Islands in the company of MNA Diane Lebouthillier.

The two elected officials met with stakeholders in the cultural, economic and transportation sectors.

Minister Rodriguez said he was open to continuing the work on the reception of foreign workers in order to alleviate the pressure on entrepreneurs, which he said he had observed on the ground.

When asked by her Bloc Québécois counterparts about the issue of compensation for pelagic fishermen, who are subject to a suspension of their activities decreed by Fisheries and Oceans Canada, Diane Lebouthillier closes the door and maintains that the fishing industry is in transformation.

She emphasized that the Fisheries Fund makes money available to facilitate the adaptation of the various fisheries, which are highly dependent on international markets and the environment.

In addition, the MNA for Gaspésie-les Iles said that the work is far from being completed in the case of the port of Cap-aux-Meules, despite the announcement of an investment of $ 40 million for the fishermen’s wharf.

According to the two elected officials, employment insurance reform, official languages and legislation to deal with web giants and online hate content will be among the major issues on the federal scene this fall.