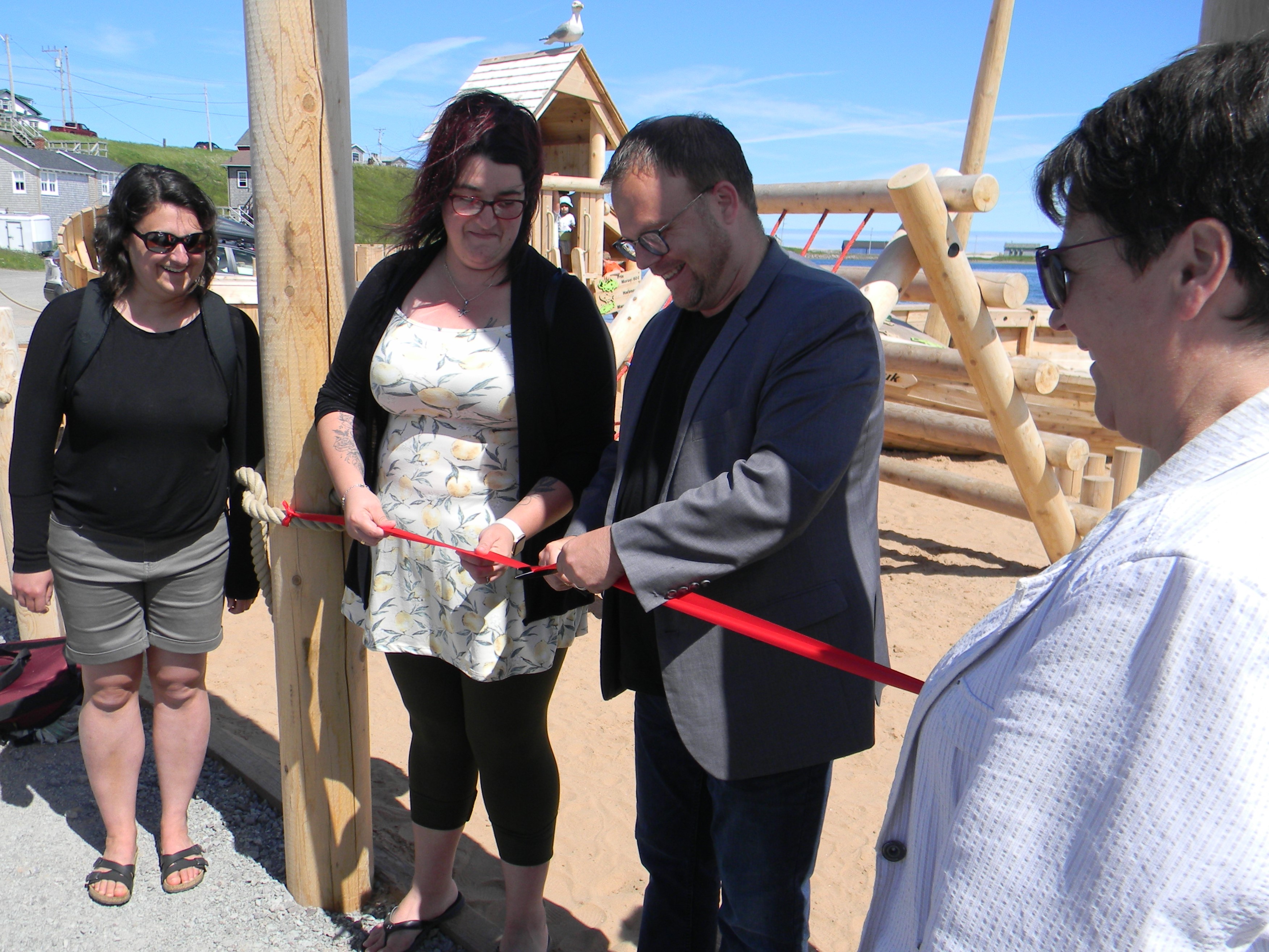 Last Thursday, the Municipality of the Islands officially inaugurated the new playground at the historic site of La Grave, named « Parc Jean-Doublet » in honor of the man who is presumed to have been the first European child to spend the summer season on the archipelago.

For the occasion, historian Maxime Arseneau presented a short biography of Jean Doublet, while accordionist Sonia Painchaud provided musical entertainment for the thirty or so people in attendance.

Pascal Chevarie, Manager of Culture, Heritage and Libraries for the municipality, said he has received many positive comments so far.

According to the municipality, the old playground unit was damaged and no longer met safety standards and needed to be replaced.

The new cedar structures, built by the Quebec firm Eskair Aménagement in accordance with the standards of the historic site, echo the fishing and commerce that characterized La Grave in the 1940s and 1950s.

This installation is also part of the development project of the village hubs, as explained by Mr. Chevarie.

The cost of construction, transportation and installation of the playground is approximately $110,000.