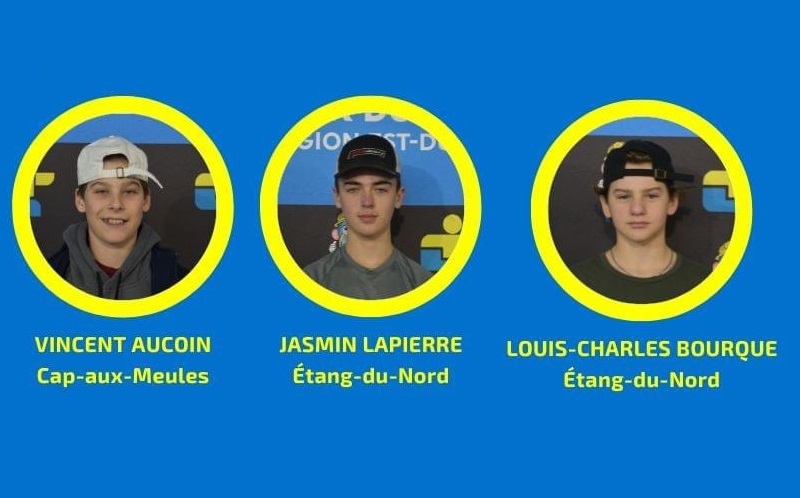 Three hockey players from the Islands will represent the Eastern Quebec region at the 56th Quebec Games finals held from March 3 to 11 in Rivière-du-Loup.

Vincent Aucoin, Jasmin Lapierre and Louis-Charles Bourque are among the 18 players selected at the end of the selection camp held a few days before Christmas and which included 35 participants.

The event, first scheduled for 2021, postponed to March 2022 because of the pandemic and postponed a second time to March 2023, brings together the best field hockey players under 15 years old from each region of Quebec.

The games will be played from March 8 to 11 at the Premier Tech Center in Rivière-du-Loup and at the Bombardier Center in La Pocatière.

The three teammates were part of the U-13 squad of the Escouade des Iles that won the top honors at the 2020 Dodge Cup, played in 2022.