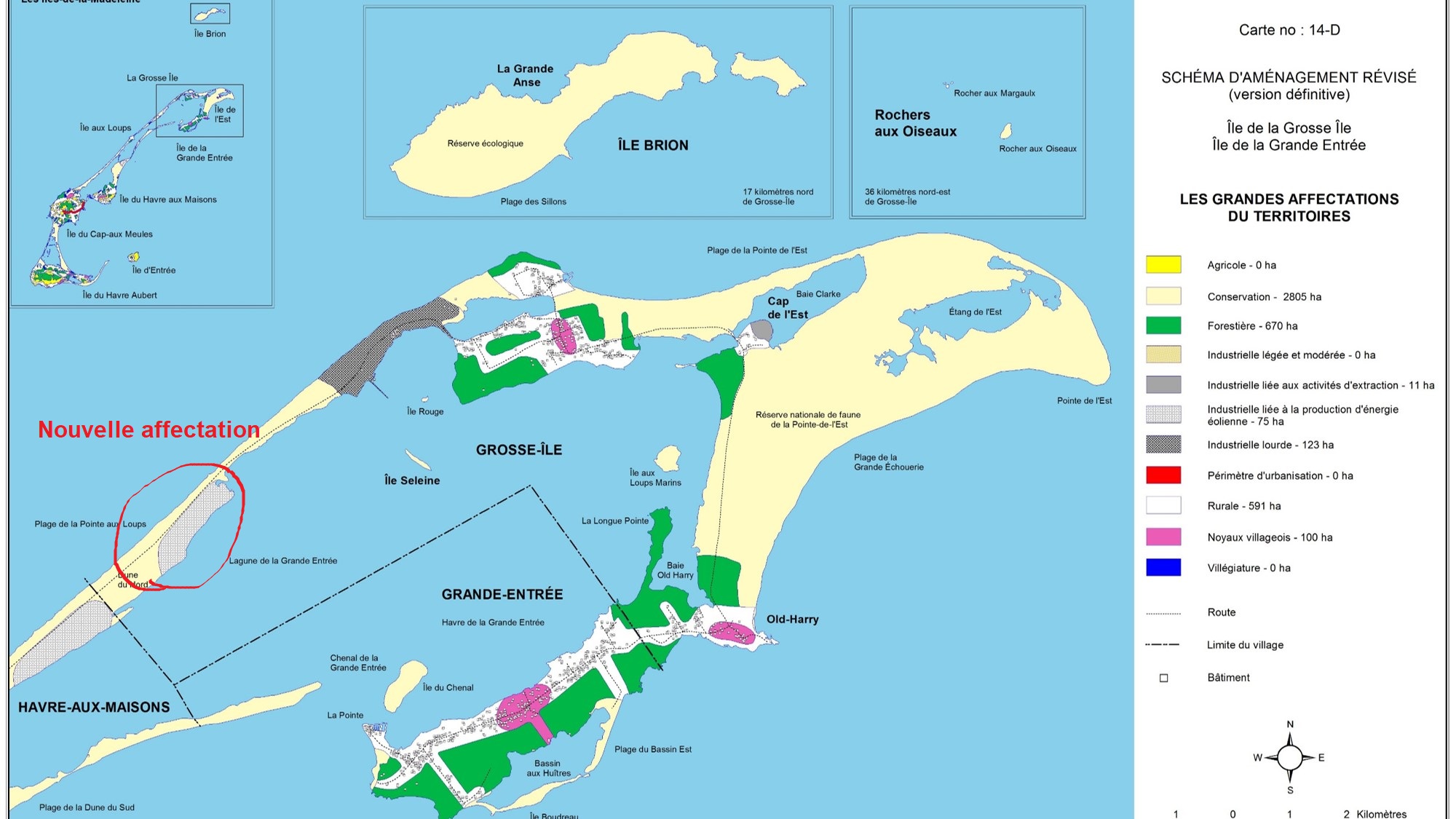 The protection of biodiversity was at the heart of the concerns raised by citizens during a public consultation on the Grosse-Île wind farm, estimated at $70 million.

The promoters of the project plan to add four wind turbines of 4.2 megawatts each in the Dune-du-Nord sector, a few kilometers from the existing installations.

Less than a dozen islanders showed up at the community hall of the town hall on Tuesday evening to obtain more explanations from the Maritime Community on the draft bylaw adopted in November to modify the current land use and development plan.

The elected officials wish to replace the « conservation » allocation of the 75-hectare territory targeted by the promoters in order to allow the production of wind energy.

However, the bylaw would only come into effect if the project is approved by the provincial level, passes the test of the Bureau d’audiences publiques sur l’environnement (BAPE) and a purchase contract is signed with Hydro-Québec, explained Serge Bourgeois.

The director of land development projects for the municipality, however, was met with reluctance from residents in the room, who are concerned that the turbines will be installed in a dune environment and that two of them will be established in the protected floristic habitat of the Conrad’s horn.

The tenor of the discussions was reminiscent of those surrounding the preservation of this endangered plant during the construction of the Dune-du-Nord wind farm in 2019.

If the project goes ahead in its current formula, compensation processes would be on the table, said Serge Bourgeois in response to the citizens, who still wanted to know if other sites had been considered by the promoters.

The fear that the connection by submarine cable of the Islands to the main Hydro-Quebec network would be abandoned in favour of the expansion of wind energy was also put forward by the participants, even if the Crown corporation affirmed that this was still the preferred scenario in September.

The comments and questions brought to the Communauté maritime will be forwarded to the project’s shareholders, namely the Régie intermunicipale de l’énergie Gaspésie-les Îles, Valeco Énergie Québec and Plan A Infrastructure, said interim mayor Gaétan Richard.

A public consultation was also held in the eastern part of the archipelago on this subject a few weeks ago.

If it materializes, the Grosse-Île wind farm could generate revenues of more than $100,000 per year for the English-speaking municipality, in addition to the royalties from the Régie intermunicipale de l’énergie and the amount of the lease that the developers would pay for the site.

According to shareholder data, the six turbines together would reduce the plant’s greenhouse gas emissions by 33,000 tonnes per year.