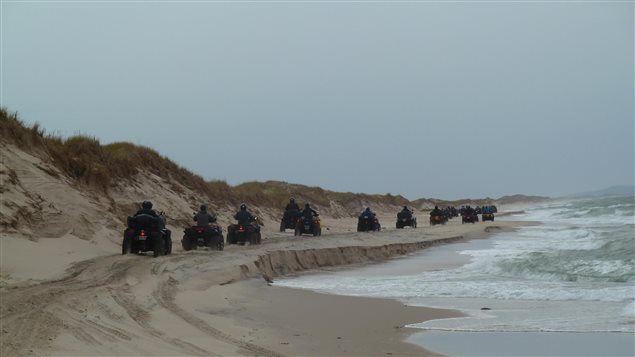 Police services across the province conducted a concerted national operation targeting ATV riders who behave in a manner that may compromise their safety and that of other users.

According to the Sûreté du Québec’s press release, approximately 100 citations were issued during the June 4 and 5 interventions.

Non-compliance with traffic signs, failure to wear a helmet, driving while impaired by alcohol, drugs or a combination of the two, as well as non-compliant vehicle equipment were among the offending behaviours targeted.

According to police information, these actions are the main causes of collisions involving off-road vehicles.

The SQ states that no fatal collisions occurred during the concerted national operation, which was also an opportunity to raise awareness and provide documentation to ATV riders.