In front of a crowd of enthusiastic supporters, incumbent Joël Arseneau reiterated his commitment to sovereignty and announced his intention to travel throughout the riding in an RV to meet with voters. 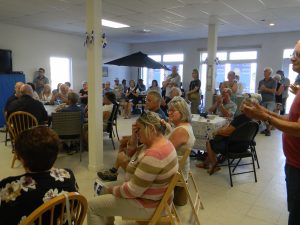 The Caquist candidate Jonathan Lapierre also announced his intention to go directly to meet citizens, noting in passing the partisan diversity of people who came to support him. 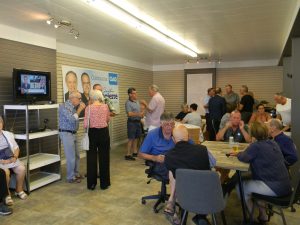 Liberal candidate Gil Thériault took the opportunity to address members of the English-speaking community and to warn the Liberal electorate against the temptation of strategic voting. 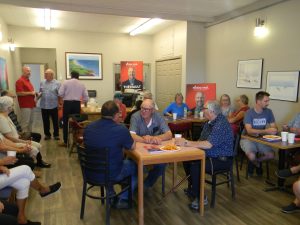 To date, no campaign location has been designated by candidate Jean-Philippe Déraspe of Québec solidaire, nor by his counterpart Evan Leblanc of the Conservative Party.