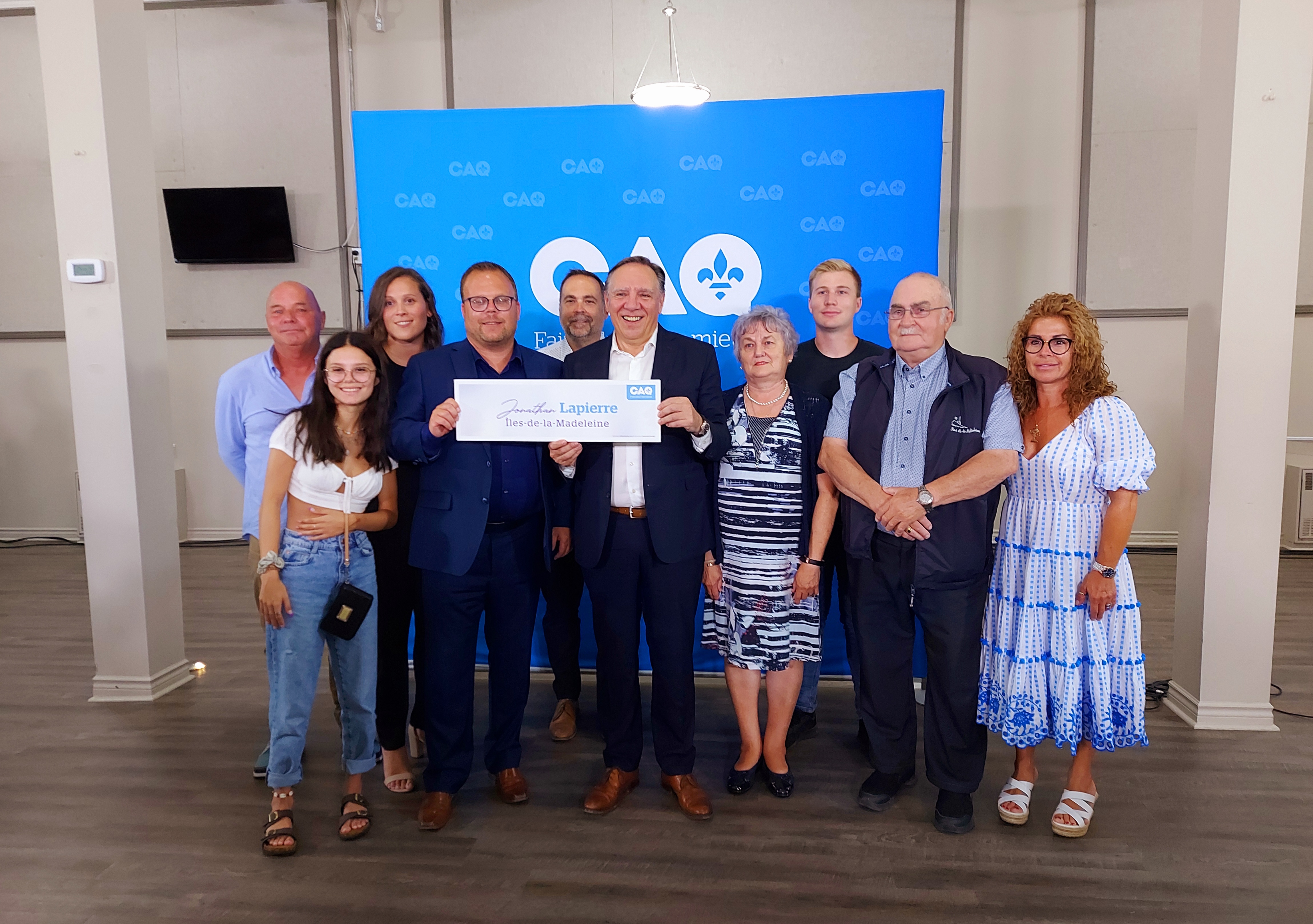 The cat is finally out of the bag: Jonathan Lapierre confirmed that he would carry the colors of the Coalition avenir Québec in the October provincial elections.

In the community hall of Fatima, the new candidate was accompanied by Premier François Legault for the occasion, under the applause of a conquered public.

Approached by more than one political party for the fall election, Jonathan Lapierre explains that he chose to make the leap to the CAQ after a meeting with Mr. Legault last April.

The Quebec premier was full of praise for the Grande-Entrée politician, refusing to say whether a ministry was on the table.

It should be noted that he repeatedly described Mr. Lapierre as a « great defender » and « ambassador » of the regions during his speech.

Jonathan Lapierre was surrounded by members of his family for the occasion, as well as PM François Legault

When asked about the challenges facing the party in setting up a local organization in a territory that traditionally alternates between Liberals and PQ, Mr. Legault expressed confidence in winning the riding.

He emphasized that the economy will be a key issue during the campaign, courting the Magdalen Islands electorate in the process.

In addition, Jonathan Lapierre has since stepped down from his municipal responsibilities and has renounced his remuneration as an elected official. He has been mayor of the Magdalen Islands and president of the Communauté maritime since 2013.

Three other candidates have made their participation in the race official: Joël Arseneau will run for a second term for the Parti Québécois, Jean-Philippe Déraspe will wear orange for Québec solidaire and Gil Thériault will run under the banner of the Quebec Liberal Party.