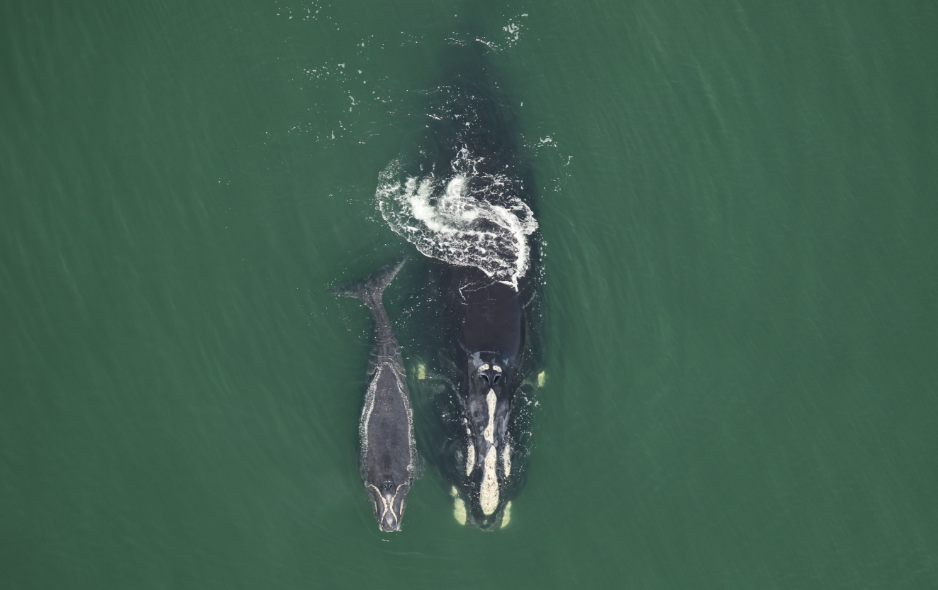 Observations made so far during the North Atlantic right whale calving season offer a glimmer of hope.

Nine calves have been spotted off the coast of the United States in the first weeks of the breeding season, which runs from mid-November to mid-April.

This is an encouraging sign, according to scientists from the Canadian Whale Institute.

Several of the females that have given birth are over 30 years old, according to the New England Aquarium Web site, which compiles detections of mothers and calves.

On the other hand, right whales will continue to be protected in the United States under the Endangered Species Act.

The U.S. National Oceanic and Atmospheric Administration published a report at the end of December on the state of marine mammals, of which there are only about 340 specimens left in the world.

In the report, NOAA says that ship strikes, threats of entanglement with fishing gear and stressors such as climate change are the reasons for the continued decline in the population.

The agency also presented recommendations for the preservation of the species, including a greater emphasis on the removal of lost fishing gear from the whales’ range.

U.S. federal authorities have also announced that right whale protection measures will be maintained in order to avoid their disappearance.