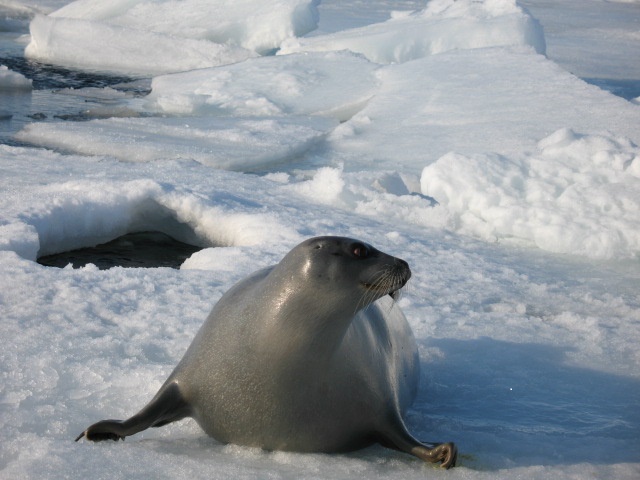 The grey and harp seal hunt has opened.

Fisheries and Oceans Canada gave the green light to personal use licence holders and industry members, who are nonetheless greeting the news with some caution.

According to various stakeholders contacted, it would be surprising to see hunters venturing out for a trip in the first days of the season.

In the opinion of the co-owner of the Boucherie Côte-à-Côte, Réjean Vigneau, a lot of uncertainty remains as to the state of the herd, its size, its location and the date of its calving, which could occur later this year.

For many years, researcher Mike Hammill monitored the herd by flying over the Gulf in a helicopter several times a season.

Since the retirement of the Maurice Lamontagne Institute researcher Mike Hammill last September, evidence is scarce, which makes it difficult to organize the trips, according to him.

The Intra-Quebec Sealers’ Association is not expecting its members to bring out their hakapiks any time soon.

The director of the ACPIQ, Gil Thériault, confirms that for the third year in a row, the Ministère de l’Environnement, de la Lutte contre les changements climatiques, de la Faune et des Parcs has given its approval for commercial hunting trips under scientific observation on Île Brion.

The harp seal hunt is authorized until February 15.