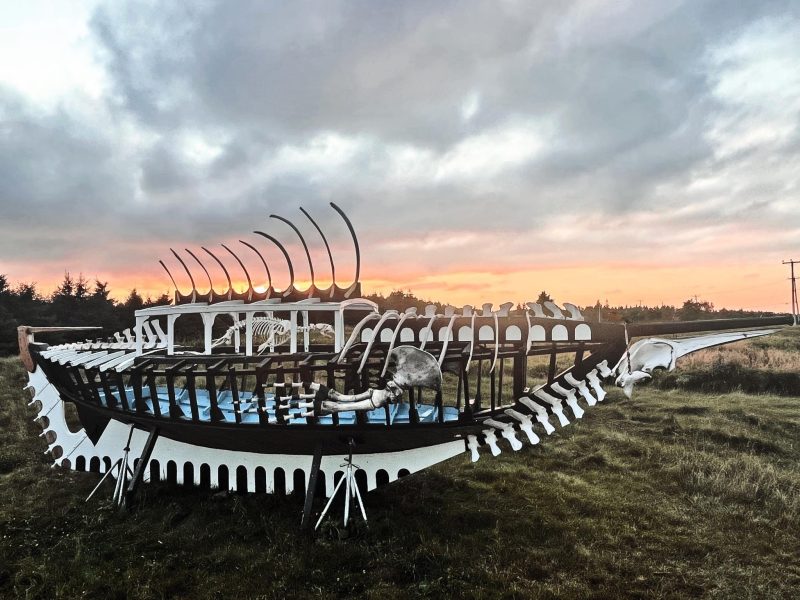 Multidisciplinary artist Paul Grégoire presented his latest project on Tuesday night, the boat-sculpture La Chrysalide, made from the structure of an old sailboat and the bones of marine mammals.

The nearly 35-foot-long work is directly inspired by the creatures’ grandiose nature and reminiscent of the sea with its blue-painted interior.

Grégoire explains that the idea came to him during the launch of the Cul pointu in the fall of 2020 after Louis-Philippe à Léo Leblanc, who has since passed away, offered him a sailboat that was aging in the boat park in L’Étang-du-Nord.

Once the vessel was repatriated to the Bassin side of the river, the artist went to work from the spring to the fall of 2021, and again in early June this year.

Paul Grégoire explains that he was struck by the similarities between the ship’s frame and the skeletons of marine mammals, which guided the assembly of the work adorned with several bones.

A seal skeleton is also found inside, he adds.

The opening was held at the Crocodile House in Basin.

The event was scheduled for Wednesday, but was moved up to Tuesday due to uncertain weather conditions.