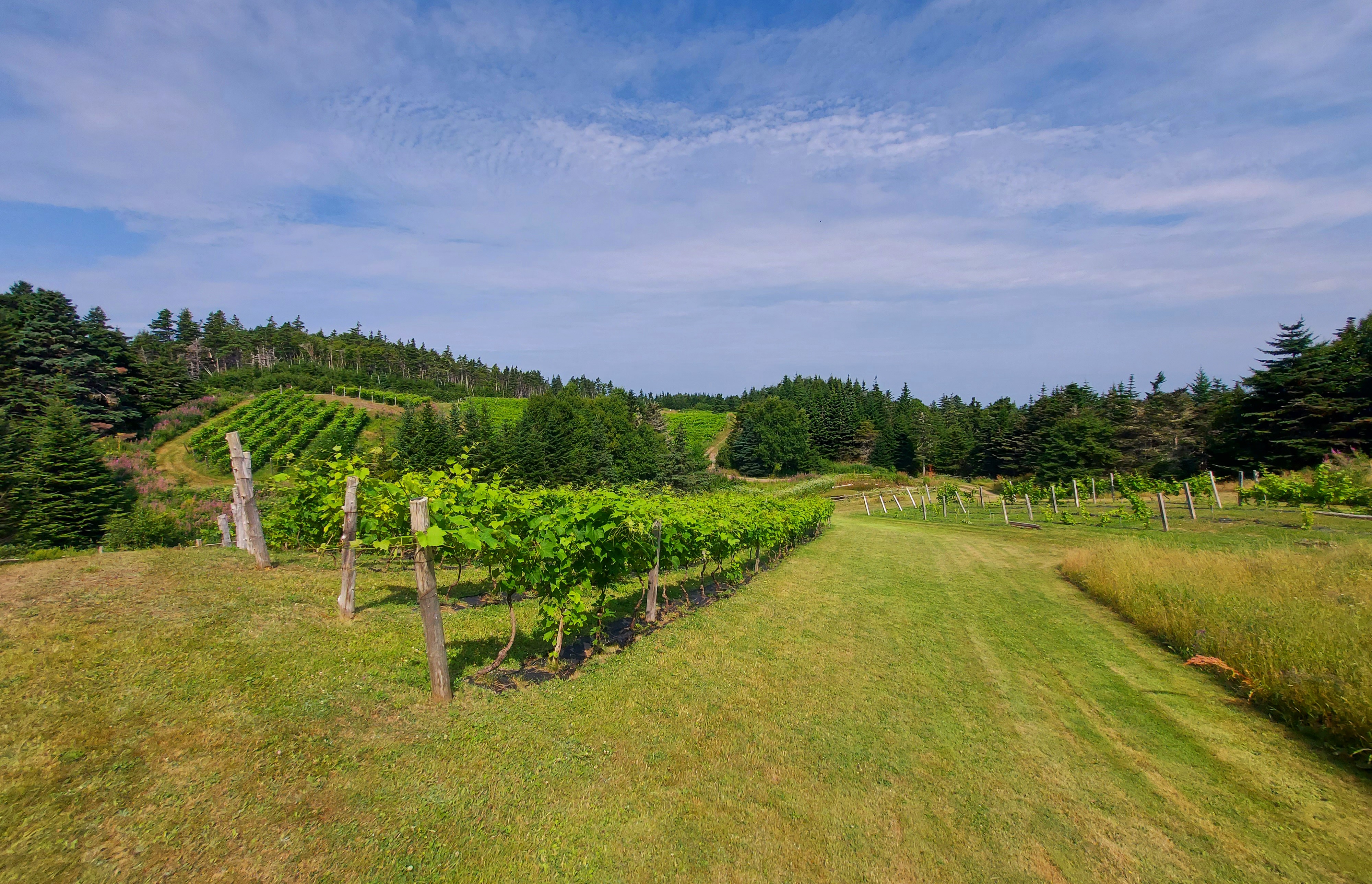 18 years after acquiring and clearing the land, the Domaine des Salanges opened its doors to the public this summer.

At the rate of three days per week, the curious have the opportunity to come and visit the only vineyard of the Magdalen Islands, nestled in Bassin.

Since July, visitors can stroll among the 9000 vine plants of the site and be told the history of the Domaine des Salanges, born in 2004, as well as the various stages of wine making.

Laurence-Olivier Brossard and his father, André, launched the Domaine des Salanges together.

Welcoming the public on a regular basis on the premises was a long-standing desire, smiles co-founder Laurence-Olivier Brossard.

Developing a vineyard is no small task, he points out: vineyard maintenance alone represents a dozen separate tasks.

Moreover, it takes five to six plants to fill each bottle and about 1,000 liters of wine are produced annually, explains Laurence-Olivier Brossard, who adds that the aging time lasts from nine to ten months for the red, and up to four years for the fortified red.

Established in 2004, the winery saw its first harvest 10 years later, and began selling its products in 2019.

He says the challenges are many: between field mice and hares nibbling on the vines as well as birds, coyotes and foxes that are fond of the grapes, it’s mostly the big fall storms that play spoiler before the October harvest.

If patience is required to operate a vineyard and ensure the quality of the vintages, the winemaker is full of ideas for the future.

He plans to enhance his arsenal with two white wines, including a sparkling wine, and a fortified rosé.

Asked about his long-term aspirations for Domaine des Salanges, Laurence-Olivier Brossard says he hopes the business will remain small-scale, but mostly in the hands of his family.